Lest anyone be taken in by the phrase ‘the good old days’, then let me assure you that ‘good’ was the last word to describe them. 90% of those in the area where we existed must have been on the bread line, and even then our bread was decidedly stale.


Industrially, the picture was bleak, and we’d hear harrowing tales, perhaps a ‘hodge pot’ of different stories, of lines of unemployed men and women being subjected to an auction type bidding process for any vacancy. The Boss or Foreman would come out and address the poorly clad, often hungry applicants thus:


‘I need a packer! Who among you is a packer by trade?’


Hands would shoot up whilst eyes, dull with lost hope from years of the most appalling and grinding poverty after those terrible years spent in the trenches of France and Belgium, would light up with renewed hope. 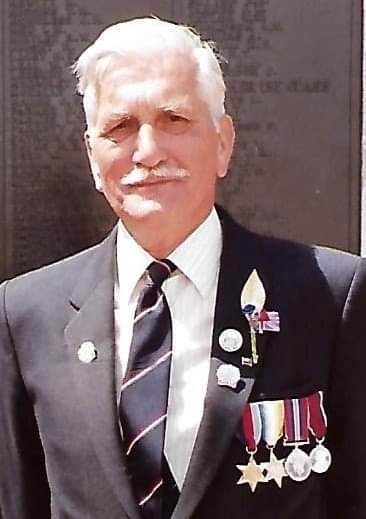 In those days of yesteryear, every day of those August school holidays seemed to be filled with long hours of adventure & golden sunshine. The fresh clean scent of grass & hay along with the muted sounds of bees, wasps and other insects, were not drowned out or the scent quashed as they are today by the noise & exhaust fumes of motor cars as they pollute the air we breathe.
Another memory I have is of a gang of little boys, the eldest no more than 10 years, like the pioneers of old, setting off in search of adventure! The only supplies we carried was a round of bread & marge wrapped in old newspaper which gave the bread a taste all of its own. One of us would be carrying a bottle of tap water that was quickly consumed by little boys who were always parched. So, a start was made, drinking & sipping before we had even left the street. In the afternoon heat we swung, or rather swaggered, along the rough cart track lanes that were edged with dense thickets & spinneys on either side, each having a scent of its own and adding to the rustic scenes of ‘ago’. 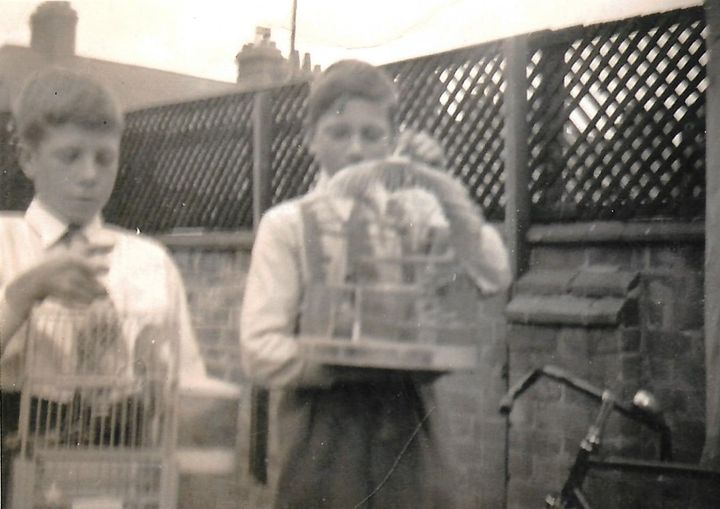 Our next house was also a terrace; an end of terrace the same as the one we’d just left. It also had a small front garden although nothing ever grew there, three bedrooms and the usual ‘out offices’, which meant going outside to sit on the lavvy in the cold weather. This took a lot of courage unless you wanted to be chronically constipated. The back garden was quite long and enclosed on three sides.
On one side lived Liz and Den, the other side was the railway embankment and at the bottom of the garden was the dilapidated rough brick side of a local butcher’s slaughterhouse. The new area was poorer and the houses older but in a sense the move was an improvement. The neighbours were the salt of the earth; really caring and compassionate people. That slaughterhouse was the only real drawback; the squeals and screams of the animals, especially the pigs as they were driven in to be slaughtered, was heart rending. 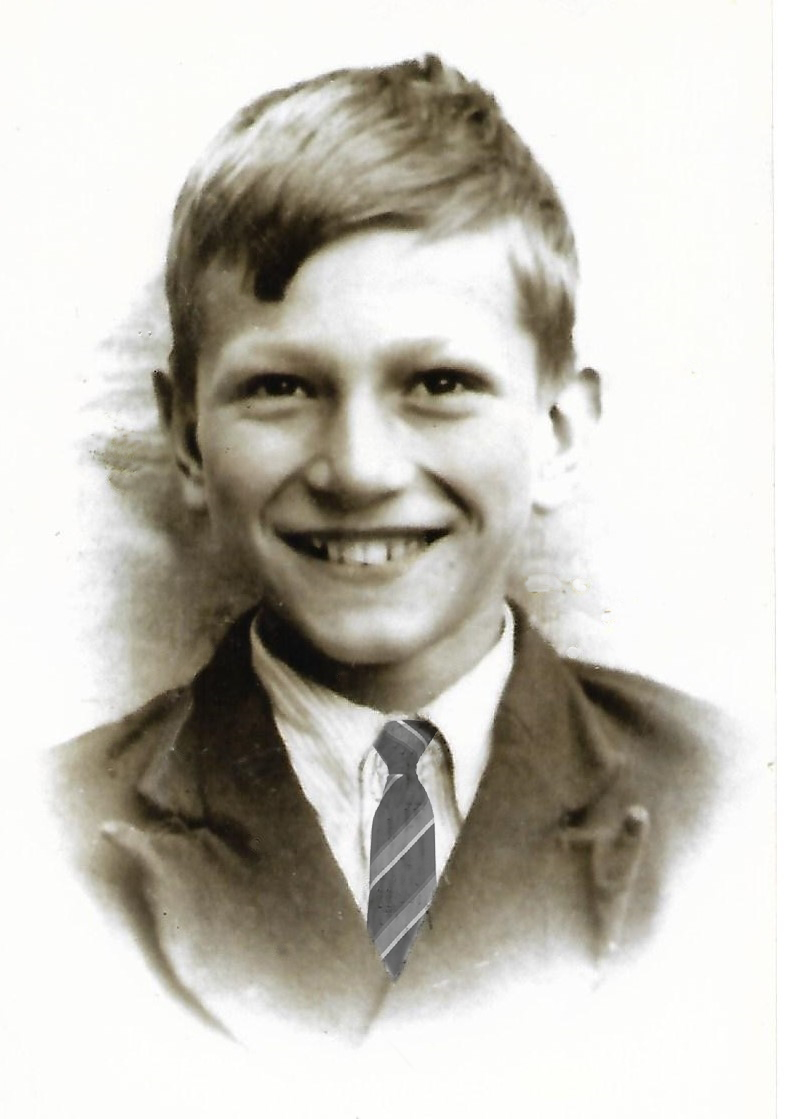 Written by Jules
Views: 198
Rating: 0 (Rates: 0)
Victoria Road East (now demolished)
So, my aunt and uncle took us in, but they lived in a council house so our presence was kept quiet. We had to find somewhere else to live before they sailed to Australia. How long we were with them, I do not know, but Mam was still working and dashing around trying to find us somewhere to live, or rather rent. Not many working class families without a father, with no furniture, five children and no references were welcome at estate agents offices!
How she did it I don’t know to this day but my next memory (and it was like regaining consciousness after a long, nightmarish sleep) was of going into a dark, damp, evil smelling hallway, with old whitewash flaking from the ceiling and silver slug trails over the broken brick tiles that oozed moisture as we gazed around. The living room wasn’t quite so bad but the horror was the kitchen! Great chunks of plaster were hanging off over the shallow and filthy sink. The one tap dripped non-stop and fungus grew on all the damp spots…….. but the highlight piece was the old gas stove!
It was red with rust from the damp, the top burners were in several small bits and the oven was lined with old newspaper on which were deposited small heaps of cat turds. We could easily tell from the smell where the moggies peed!
After being used to electric light we now found we were back to smelly gas mantles. We’d got lucky in renting the place simply because no-one else would take it on. We now had a roof over our heads, but what a roof! 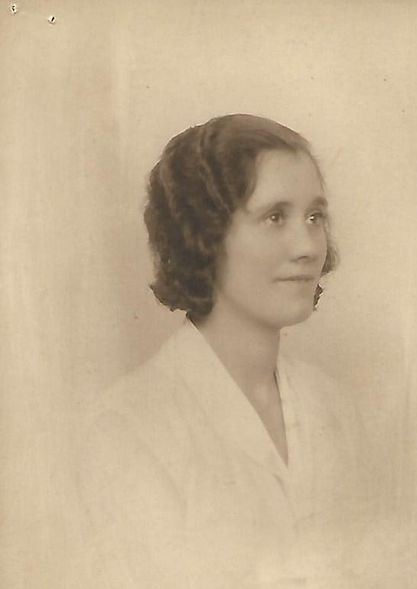 
Ronnie and I were standing in our front garden, every now and again getting out of the way of the men who were helping the old man carry furniture out of our house and put it into a van.
Ronnie was about eight; I was six.


Maisie was in the house. I knew that as I could hear her raised voice. She was shouting something at the old man. Young as I was I knew something was wrong, very wrong. I remember thinking mam would know what to do but she was at work; so was ‘our Teddy’. I didn’t know where Mabel was but she certainly wasn’t at home because the men had just put her bed in the van. Chairs, tables, linoleum and rugs - I wanted to ask but daren’t.


Looking at Ron’s face I knew he was near to tears, so was I, but I didn’t know why. The van was nearly loaded with our home. I started to cry and the old man gave me and Ronny a penny but it didn’t placate us. He told us to be quiet and looked furtively up and down the street.

Window curtains around the houses were beginning to twitch; we were being watched. We gripped the pennies tightly. We didn’t know it then but it really was ‘hush money’, our pay-off, all that our lives and future was to become, a penny, whilst he took away our home and the roof over our heads, leaving us defenceless. Judas sold a man for 30 pieces of silver; my family, less the old man, went for tuppence. 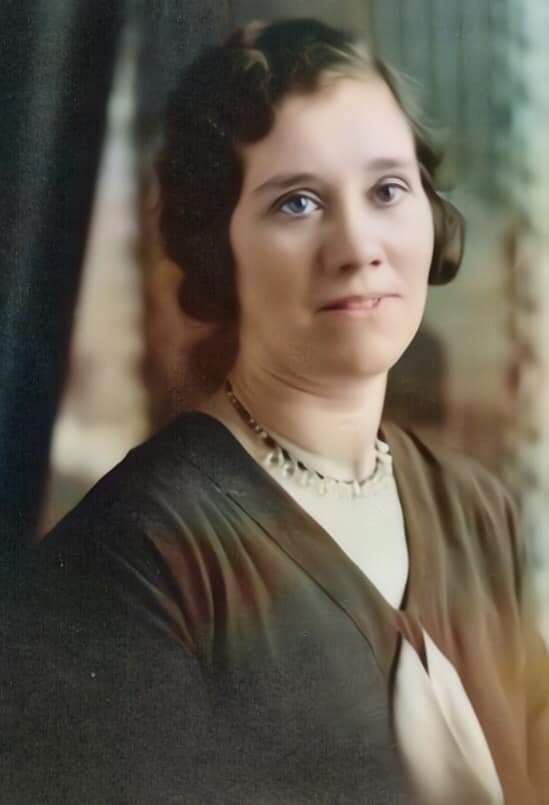